If Family Law were a Sporting Event... 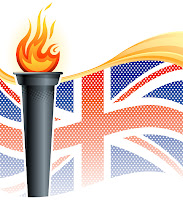 I thought I’d have some fun with the blog this week in light of the sporting spectacular that has taken over London.

The nation may be united behind Great Britain as the greatest show on earth gets underway, but within our borders a gap has opened up in the family law arena with Scotland leaping ahead of rivals England (and Wales).

The recent case of Gow v Grant which saw the Supreme Court consider the property rights of cohabitants in Scotland, has highlighted the protective laws that cohabitants in Scotland enjoy (and emphasized the mire of uncertainty south of the border).  Yes, there is talk of reform, but that is no match for Scotland’s Family Law (Scotland) Act 2006 with section 28’s game winning performance.  Baroness Hale seems to have taken up the mantle of team coach for England telling players that “lessons can be learned” from the opponents tactics.  For the moment though, the advantage most definitely lies to the north.  It’s Scotland 1 England 0.

The announcement this week that Scotland plans to legalise gay marriage puts the Scots even further ahead in these Family Law Games!  England’s hopes of legalising gay marriage rest with the athletic abilities of Mr Cameron.  In a recent statement no one could deny that the PM showed that he has the determination and the passion to go all the way.  But he will need more than courage of conviction to overcome the significant hurdles ahead which include a challenging head-to-head bout with the Church of England and the constant distraction of a shaky coalition.  Perhaps he is looking to play the long game, and regain some points for elegance of execution?  After all, England will have the benefit of watching Scotland go first through the process? If they slip up, England could capitalise on that and learn from their errors.  For the time being though, it is Scotland 2 England 0 after round two.

Should Scotland succeed in being crowned the UK Family Law Champions (I’m still working out the details), how might they fair on a European stage?

The current leaders appear to be The Netherlands, who trail-blazed the legalisation of same sex marriage back in 2001.  Other nations including Norway, Portugal, Spain, Sweden, Iceland, Belgium and Denmark have followed since then.  With its recent announcement Scotland might be trailing a little but its cohabitation laws, which have been in place since 2006, might help to boost their rankings.

In the mean time, I suggest we sit back and watch the real action unfold in this great city.  Come on team GB!