The Blackest of Arts: Calculating compensation claims on divorce. 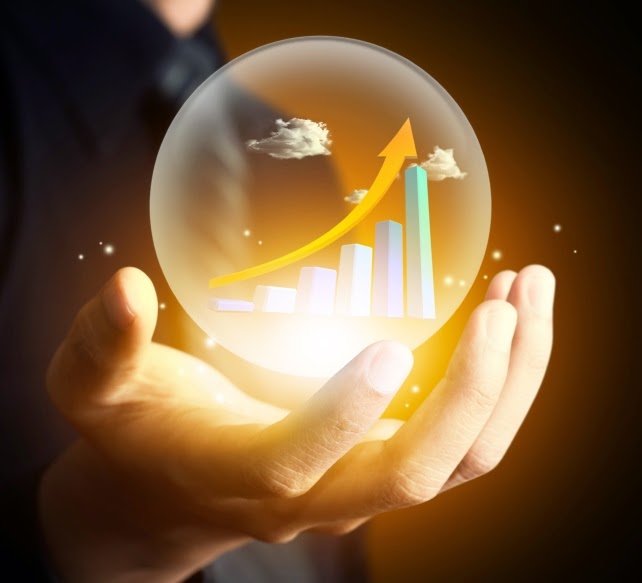 When a married couple find out that they are expecting their first child an inevitable question arises as to the division of labour within the marriage particularly when both parties are working professionals. In many cases, more so in previous decades, the spouse with the higher earning capacity (historically the husband) would continue as breadwinner and the lesser earning spouse would give up work to take care of the children. Under English law the homemaker’s contribution is usually given equal weight against the breadwinner’s financial contribution for the purposes of determining a financial settlement on divorce. With the advancement of women in the workforce the distinction between the higher and lower earner is likely to be less prominent but when a spouse gives up an exceptional career, thus permanently sacrificing their high earning capacity, an additional claim, beyond that of having ones reasonable needs met, can arise on divorce, that of “compensation”.
Compensation was first fully established in the case of Miller v Miller; McFarlane v McFarlane [2006] UKHL 24 (the two cases were heard together but it was the wife in McFarlane who claimed compensation). As Baroness Hale put it:
“Why should a woman who has chosen motherhood over her career in the interests of her family be denied a fair share of the wealth that her husband has been able to build up, as his share of the bargain that they entered into when that choice was made,…”
Paragraph 120 of the House of Lords judgment.

It will not, the Courts are keen to remind us, be applicable in many cases but when it is invoked it requires a difficult economic forecasting exercise which one judge has referred to as “the blackest of arts”. I refer to Mr Justice Coleridge’s comments in H v H [2014] EWHC 760 (Fam) in which he sought to capitalise a maintenance order which included an element of compensation in order to achieve a clean break between the parties. His attempt to “achieve fairness between the parties in light of the past, present circumstances and in light of the future facts in so far as they can be predicted” led to an interesting accounting exercise which the Court of Appeal have since expressed doubts over and the matter has now been referred back to lower courts to be re-heard

In McFarlane, the Court compensated the wife for giving up a career as a city lawyer. Similarly, in H v H, after marrying in 1983, in 1990 the wife gave up a highly paid accountancy role to raise the children and enable the husband to focus on his career at a bank. On separation in 2004, the husband had achieved partner at the bank with a staggering earning capacity and considerable benefits and the wife had not worked for 14 years. In 2005 the wife had agreed to maintenance at £90,000pa but, following the McFarlane decision in 2006, successfully applied to have that sum increased to £150,000pa specifically to recognise the compensation element of her claim. It is noteworthy that the compensation element was to be paid through ongoing periodical payments and was not considered to have formed part of the capital the wife had received as part of the divorce settlement which had included the family home. The current proceedings came about because the husband was seeking to terminate the wife’s maintenance payments because his circumstances would be changing in that he was looking to retire within 2 years (aged 56) for personal reasons and, in any event, he claimed that he had fulfilled his financial obligations to the wife.

After considering the situation, Coleridge J accepted that the husband’s circumstances were changing for legitimate reasons and that his earning capacity would be reduced although he did not accept that it would be reduced altogether considering the husbands skills, age and circumstances. He decided that it would be fair to capitalise the wife’s maintenance on the husband’s retirement taking into account the compensation element. It was his method of calculating the value of this award which the wife objected to and which the Court of Appeal decided was flawed.

Coleridge J had made an award which would allow for the wife’s reasonable needs to be met from her capital resources, including the family home and her savings, together with a lump sum of £400,000 to be paid by the husband on his retirement. He accounted for the compensation element by excluding over 70% of the value of the former family home from the calculation together with any additional savings she could put aside prior to the husband’s retirement and also by attributing what he argued was a generous annual return on the income to be generated from the capital being assessed. The wife objected on the basis that in 2007 court had decided that the compensation element of her claim should be derived from the periodical payments only and it was not fair to look to the capital assets she had already received on the divorce to meet that element going forward. She argued that this would have the effect of undoing the compensation award which would put her at a significant financial disadvantage. Concerns were also raised in relation to the rate of annual return used to calculate the rate Coleridge J had applied did not correlate to the rates discussed during the proceedings and, without sufficient explanation in the judgment, it appeared to the Court of Appeal as being a somewhat arbitrary figure.

The case will now be heard again and it will be interesting to see how another judge approaches this problem. If, as Coleridge J has claimed, such an accounting exercise is indeed a black art, then arguably a detailed approach is always going to be open to forensic scrutiny and objection. Perhaps it would be more sensible to take a broader approach in order to achieve a fair result rather than dwelling on complex calculations which will always be open to scrutiny and objection by the dissatisfied party.

Compensation cases, whilst rare at the moment, could increase as women continue to find equality with men at the higher end of their professions. Notwithstanding this, these cases tend to be very fact specific and, without the use of a functioning crystal ball, it is impossible to know how someone’s career will, or would have, progressed had different choices been made. So how does this help the happily married couple who are facing the decision as to who gives up their career to care for the home and children? Arguably, not much. Some damage limitation could be done with either a pre- or post-nuptial agreement addressing the issue of compensation, or by ensuring that both parties have been adequately and equitably provided for by way of pensions and/or other investments (something which was not really touched on by Coleridge J in H v H). However, discussions regarding long term financial planning in the event of divorce are hardly going to be high on an expecting couples list of priorities. It may be then that the Courts will, on occasion, be required to engage in this blackest of arts in order to achieve a fair result. It may even be that further case law will lead to further guidance in this matter which could help to clear the fog and mysticism surrounding such calculations.

If you have any thoughts on this issue please feel free to share them by making comments.
Posted by Emma Family Law at 12:35