Failed to comply with a Court order? There will be consequences! 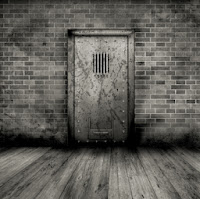 If you have opened a newspaper recently then you will no doubt have acquired at least some knowledge about the divorce of Michelle Young from tycoon Scot Young.  This divorce has been in and out of the press for various reasons over the last seven years and the final hearing in the financial remedy proceedings have been ongoing at the High Court before Mr Justice Moor over the last few weeks. If you believe Ms Young then the total value of the assets being disputed is a whopping £700m but according to Mr Young he is bankrupt and in debt to the tune of approximately £28m.  Mr Young claims that he lost his millions around the time the couple split and has been living (somewhat extravagantly) since then off the generosity of his rich and famous friends. Ms Young’s case is that Mr Young planned an exit strategy to keep the money from her once he realised that the marriage was in difficulties and that the money has been hidden in various offshore schemes and is being fed back to him via the aforementioned friends one of whom is currently paying Mr Young’s rent of £4,000 per month.

Several of these benefactors submitted witness statements on Mr Young’s behalf to help prove that the vast amounts of money they are paying him are indeed generous gifts and not part of some greater fraud. Mr Young seemed to think that submitting said statements would be sufficient to achieve this and has argued that there was no need for any of his witnesses to be  cross examinationed. Mr Justice Moor disagreed and the likes of Sir Philip Green (Topshop) and Richard Caring (The Ivy/Annabel’s) were called to be cross examined by Ms Young’s lawyers last week.

Procedure for Relying on Hearsay Evidence in Family Proceedings

Whilst the issue of whether the witnesses would need to attend for cross examination may have been dealt with as a pre-trial issue at the start of the hearing, if Mr Young was playing by the Family Procedure Rules 2010 then he should have issued a notice to rely on the witness statements as hearsay evidence under FPR 23.2 (which in turn refers to section 2(1)(a) of the Civil Evidence Act 1995) together with an explanation as to why those witnesses need not attend.  This would have then given Ms Young the opportunity to make an application under FPR 23.4 to call those witnesses herself, which may have been what has happened here, and/or give notice of her intention to challenge the credibility of such witnesses under FPR 23.5.  If it was found that the witnesses need not attend then Ms Young would still have had the option of asking that the Court gives reduced weight to the evidence set out in the statements under section 4 of the Civil Evidence Act 1995. This would have still be the case in the event that any of the witnesses failed to turn up which would have been a very risky thing to do if the Court had ordered them to attend as this would put them in breach of a Court order.

There can be no doubt that the Family Courts are taking breaches of Court orders more seriously these days and indeed Mr Young himself has already spent time in prison earlier this yearfor failing to comply with a Court order which stipulated that he had to provide financial disclosure to his wife. This trend is no doubt set to continue following Sir James Munby’s comments in his 7th View from the President’s Chambers where he said that attitudes to orders made by the family courts were “slapdash, lackadaisical and on occasions almost contumelious.” He went on to say that “The court is entitled to expect – and from now on will demand – strict compliance with all such orders.” These comments are aimed at everyone involved in the family law process including public bodies, parties and non-parties to proceedings and these sentiments were further spelled out by Sir Munby in his judgment in the recent cases of Re W (A Child), Re H (Children) [2013] EWCA Civ1177 in which he said “Non-compliance with orders should be expected to have and will usually have a consequence”. The message is far from ambiguous and there have been other recent decisions where there have been serious consequences for contempt of court:
Being cross examined is not fun, it can be a stressful and unpleasant experience, and it is therefore not surprising that people will try to avoid it if they can. The lesson from the Young case, or at least the most recent lesson, would seem to be that if you are asked to, or are advising someone on, providing evidence in family proceedings then you/they had better be prepared to stand up in court and answer some difficult questions on that evidence. In terms of complying with Court orders, few practitioners would ever advise a client not to comply but the emphasis on the consequences of non-compliance may need to be cranked up a notch in light of these recent developments.

As usual thoughts and comments are welcome.

A final judgment in the Young v Young divorce is expected to be given on Friday, 22 November 2013.
Posted by Emma Family Law at 10:28