My sperm is your sperm. Has matrimonial property gone bananas? 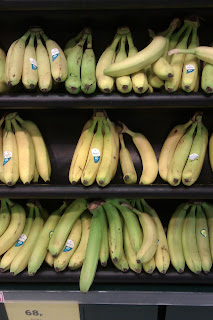 You may have recently read about the woman who is claiming that her husband’s sperm should be considered a matrimonial asset (Ayesha Vardag writing for The Guardian this week).

Marital assets are generally considered to be those that come into being during the marriage through the joint efforts of the parties, or that are intended for the joint use and enjoyment by the parties regardless of the source.  These principles have come to us through the application and interpretation of s.25 of the Matrimonial Causes Act 1975, most notably in White v White and Miller v Miller.   Once a couple is married, it could be argued that there is an agreement to use the husband’s sperm, and by extension genetic material contained within, exclusively for the benefit (and enjoyment) of the family.  After all, most wedding vows include words to the effect of “forsaking all others”.  But is giving someone property rights in another person's reproductive cells going to far?

The woman is basing her argument on compassionate grounds.  Her husband’s sperm could be used to help multiple couples conceive children.  Once those children turn 18 they are allowed to discover the identity of the donor.  The wife is concerned that these children will come to find their biological father which will impact hugely on their own family, in the same way that a child from an adulterous relationship might do.  She is therefore campaigning for married men who wish to donate sperm, only to be allowed to do so with the written consent of their spouse

If sperm was assigned as a matrimonial asset, which the wife would undoubtedly have an interest in, would she have rights of access?  If sex was denied, or the husband did not want children, would a wife have a legal remedy to allow her access to her husband’s swimmers?  What about if the husband had an affair, or spends an intimate night with a dirty magazine, could she bring criminal charges for theft against the mistress, or get damages for loss?  Perhaps she could trace her claim to the genetic material into the offspring of any illegitimately conceived child?  I am perhaps descending into absurdity and I think that there is a more fundamental argument than the property status of sperm which needs to be considered, that of personal autonomy.

What this woman is asking is that a wife should have a say in what her husband does with his own body and that the marriage contract justifies this.  What then of the status of marriage? Is it superior to personal autonomy or should the words ‘forsaking all others’ convey a legal interest in the sexual activities and reproductive material of your spouse.  If a wife can say what her husband can and cannot do with his sperm, then what rights should that give the husband in relation to the wife’s eggs, and genetic material and what rights would exist in relation to a fertilised embryo?  Should a wife only be able to terminate a pregnancy, or undergo a hysterectomy or oophorectomy (removal of ovaries) thus disposing of matrimonial property, with the written consent of her husband?  Each of those procedures could be seen to have a huge impact on the family life so should the husband not have a say?  Conversely, could the husband insist on an abortion because it would have a huge and unsettling effect on family life? Surely, no one should be able to tell someone that they must or must not have children, or how they should go about it, no matter what social contract that exists between them.
Posted by Unknown at 16:14