Divorcing After Decades: Why are the over 60s so keen to untie the knot? 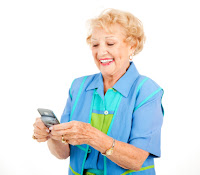 The Office of National Statistics has recently released data that shows that divorce among the over 60s is on the rise.  This has sparked a great deal of debate surrounding the underlying reasons for this trend. Suggestions include increased life expectancy, the lack of stigma associated with being divorced and people (men in particular) having their midlife crisis later in life once the children have left the nest.

There is potentially another aspect of modern living which could be contributing to the growing number of the 60+ generation who are willing to call it a day on marriages. Thirty years ago, when these so called “silver splitters'” parents were in the 60+ bracket few homes had a computer, there were only four channels on the television and if you wanted to stay in touch with old friends you had to either put pen to paper or pick up your (home) phone or take a handful of change to a local phone box. Today social media is everywhere and our scope for interaction with people and information has increased exponentially over the last few decades whether through computers, television or mobile phones. This has made connecting with long lost school chums or old girlfriends/boyfriends much easier and the 60+ generation is no exception. After all, who hasn’t run into their parents on Facebook! Online dating is also more accessible and socially acceptable than ever before and there are many websites dedicated to finding love for the older/post-retirement generation. Thanks to the online revolution, becoming single again in one's 60s may not be as daunting or lonely a prospect as it used to be.

Whilst it is important to remember that each divorce will turn on its own facts, couples who have reached, or are approaching, retirement will often have different priorities to those who are divorcing in their 30s or 40s. The children are likely to have grown up and will have completed their education and the parties will be at or near the end of their working lives and will most likely be looking to pensions for their income.  After so many years of financial interdependence, providing each party with adequate means to live financially independent lives may be difficult to achieve, particularly where one party has been out of the workforce for several decades and has no scope for developing any earning capacity or contributing further to a pension. Perhaps then, those silver splitters wanting to re-establish their independence or start a new relationship following their divorce might find it more difficult to achieve the financial independence to go with their new found single status.
Posted by Emma Family Law at 16:47